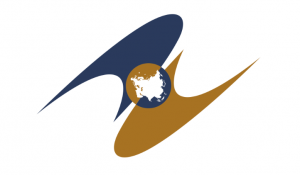 more on boosting non- oil exports recently. One of the approaches is to target the markets of neighboring countries Iran has adopted a policy of the least reliance on oil revenues and focusing more and by entering into various agreements with different countries. One of these agreements is the trade agreement between Iran and the Eurasian Economic Union officially, which came into force on October 27, and its implementation was formally notified to customs offices across Iran last week. The accession of Iran into EAEU is a significant breakthrough for Iran’s trade as it would allow exports on zero tariffs for 70 products while 503 other items would enjoy lowered duties, according to Iranian Energy Minister Reza Ardakanian.
This process means that the Iranian state-owned companies, private companies and people in business can export these goods at much easier terms and with much lower customs duties (even zero for some categories of products) to the Eurasian Union member states, which are often Iran’s neighbors and Eurasian Union businessmen can also trade with Iran with greater convenience.
In other words, in this event, to enjoy the maximum potential of the market, fully corporation of government and private is needed. Most importantly private sector needs an organized plan due to inconspicuous presence in the regional market. This market is going to give a chance to those who want to enter an enormous market and is an excellent opportunity for national companies to get involved in business with companies over the seas.