tax from unoccupied houses and apartments

According to the current tax regulation by the government of Iran (Direct Tax Act) Residential units located in cities -which are identified as “Unoccupied” based on the information derived from the National Database of Real Estates and Housing of the Direct Act- shall be subject to the rental income tax.

Recently the government has taken steps for the activation of the National Database and this move shows that the government is eager to receive this kind of tax from unoccupied houses and apartments.Calculation of such tax is based on following formula:

– For the second year: an amount equivalent to one-half of the due tax of the Properties Schedule;

– For the third year: an amount equal to the due tax of the Properties Schedule; and

– For the fourth year onward: an amount equivalent to 1.5 times the due tax of the Properties Schedule.

The Iranian government is planning on launching this National Database by the end of the current Iranian calendar year (March 19, 2020). It is estimated that there are more than 2.6 million empty homes, a figure which is three times more than the global average. 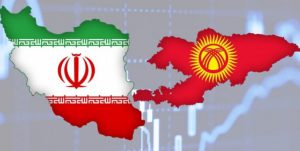