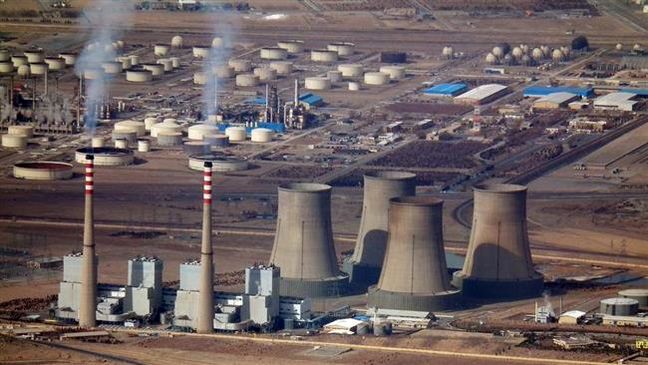 Iranian Government is to Sell its Shares in Thermal Power Plants

Iran’s state company in charge of thermal power plants has announced that it is planned to reduce the government’s footprint in the key energy industry through selling a part of its shares in such power plants.
In this regard, Mohsen Tarztalab, TPPH’s Managing Director has stated “Thermal Power Plants Holding Company aims to sell stakes in an undisclosed number of power plants with a combined installed production capacity of 11,570 megawatts to the private sector”. He has also added “Four power plants have been listed by Iranian Privatization Organization for sale and the outcome of their tenders will be publicized on Feb. 13”. Such four power stations planned for sale are located in the northern Gilan Province, Semnan Province east of Tehran and the East Azarbaijan Province.
And perhaps the most important part of Mr. Tarztalab’s speech was that there is no restriction on foreign investors taking over Iranian power stations which offers a great opportunity for foreign investors to secure a strong foothold in Iranian energy sector.
In general, the divestment program will account for nearly 15% of Iran’s total installed power generating capacity that stands at 77,000 MW. The efforts are aimed at breathing new life into an aging power industry that is overshadowed by state control over most of the production and supply chain, a lack of investment and ballooning debts to power plant operators.
TPPHC is in charge of developing 7,000 MW of gas-powered units in Jahrom, Sabalan, Kashan, Urmia, Chabahar and Asalouyeh combined cycle power plants as well as completing Parand Power Plant south of Tehran.
Iran requires increase in power generation capacity to shore up domestic power supply and increase electricity exchange with neighbors as part of it strategic scheme to establish a regional power network throughout the Middle-East. 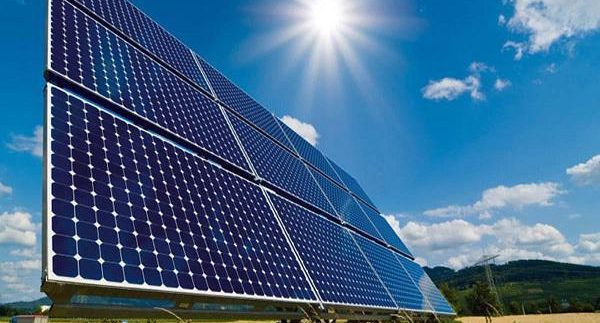 Renewable energies including solar energy would play an important role in future of power generation. In this regard a brief introduction on some of the legal elements of construction of solar power plants has been provided in this article. This essay does not reflect the full picture but only provides a glimpse.

Iran is situated in a highly suitable location for generation of power from solar energy. According to studies, 90% of the country has enough sun to generate solar power 300 days a year. To fully utilize this geographical position, the Iranian government has taken a very protective and promotional approach towards construction of solar power plants. In this regard, one of the key applicable instruments is National Instrument on Iran Energy Strategy adopted and approved by Energy Supreme Council which is headed by the Iranian president. In this instrument, paucity of renewable energy share in Iran power sector is recognized as a challenge of power sector. To overcome this challenge, it sets forward macro-objectives of power sector which includes:
• Diversification of energy resources;
• A shift from oil and gas as financial sources of budget to investment resources with emphasis on renewable resources.
To achieve such objectives, the following strategies have been designated:
• Commercialization of renewable energies’ technologies;
• Increase in share of renewable and clean energies in electricity production.

To implement such strategies, the Renewable Energy and Energy Efficiency (SATBA) has been formed to manage and coordinates all the efforts. One of the key advantages is that the Ministry of Energy, acting through the SATBA, purchases all electricity generated from renewable sources belonging to the approved private sector projects at specific Feed-in Tariffs (FiTs). Under the current regulatory framework, developers will be granted a 20-year Power Purchase Agreement (PPA) negotiated on the basis of SATBA’s model- form. The level of FiTs available depends upon a number of factors, including project size (i.e. generating capacity) and technology-type. The Ministry of Energy determines and publishes revised FiTs (in Iranian Rial per kWh) each year. The Iranian government has endeavored to set the FiTs at a level that is designed to attract investors, both domestic and foreign and for this purpose the rate of purchased electricity from renewable sources is higher than the rate government pays to buy electricity produced by fossil fuel power generators. Current rates are as follows:
Above above 30 MW capacity *:3200 IRR per KWh
with the capacity of 30 MW and less: 4000 IRR per KWh
with the capacity of 10 MW and less:4900 IRR per KWh

* SATBA determines the maximum capacity for the large solar farms according to the total 2000 MW annual capacity development policy.

It is foreseen that an investor should apply for a construction permit and subsequently at the end of the process the PPA is concluded by either a newly-registered company in Iran or partnering with an existing Iranian company, subject to receiving respective permits in Iran. These extra permits include environmental permit, grid connection permit and land use permit (for state owned lands), PPA will also be signed with applicants. The detail of this summarized procedure is as follows:
• Applying for Construction Permit: At this stage, applicants should fill two worksheets and submit to Non-Governmental Partnerships Office of SATBA. This form shall be accompanied by relevant information pertaining to a developer’s technical and financial capability and general details of the proposed project, so that SATBA would be able to evaluate whether the application should proceed;

• Issuance of Grid Connection Permit: The application is forwarded to TAVANIR which is responsible for management of generation, transmission and distribution of electric power; this organization will then also analyze the applicant’s proposals and if satisfied with the proposals, approve the issuance of a Grid Connection Permit. The issuing body for plants of more than 7 MW will be the relevant regional electricity company;

• Environmental Permit and Land Right: The applicant will also need to obtain an Environmental Preservation Organization Permit from the Department of Environment. This will only be issued if such Department is satisfied that the project complies with certain environmental criteria. Where the land on which the plant is to be developed is state-owned (as is usually the case), the applicant must enter into a lease with the Land Affairs Organization of Iran;

• Concluding PPA: Once the applicant has received all the required permits, SATBA will invite it to start negotiating for a PPA. It is important to note that Construction Permits are not transferable so must be obtained in the name of the legal entity that is intended to own the plant.

Payment of the rates provided in section B is provided in the Power Purchase Agreement (PPA) of power plants for a 20-year period with the specified tariffs. This agreement starts from the signing date of the agreement which includes the progress and the construction period of power plant. It should be mentioned that a maximum delay of 9 months since the commercial operation date allows SATBA to terminate the PPA, cancel the construction permit and inform the authorities to return back the state lands which are intended for the construction of the power plant. If an agreement is terminated due to delay, the new request will be taken in to consideration after 2 years.
During the period of PPA and after that, the investor is allowed to sell electricity across the country in the form of bilateral contract, power exchange, electricity day-ahead market, or any other form approved by the Ministry of Energy. The export of electricity from clean and renewable power plants is allowed but depends upon separate permits. If such mechanisms are decided by the electricity producer, it replaces the guaranteed purchase of the electricity by the Iranian government.
Above-mentioned tariffs are multiplied based on the hourly coefficient which is announced and updated by Iran Grid Management Co. Moreover, to compensate for devaluation of money, the tariffs will be annually adjusted during the contracts based on Euro exchange rate fluctuations and internal inflation; It can be increased up to a maximum of 30% for power plants constructed, using local know-how, design and manufacturing.
The above-mentioned rates are valid for the PPAs which the power plants will be constructed and commercially operated within a maximum of 30 months for a maximum of 15 months for different types of solar power plants since the signing date of the PPA. In case of delay in finishing the project, a lower rate which is applicable to later agreement shall be applied to the previously- signed agreement. All tariffs will be multiplied by 0.7 starting from the first day of the second 10 years till the end of the contract.

The overall legal framework for construction of solar power plants in Iran is favorable for investors. There are many advantages to invest in this field but a secure position requires many legal and commercial considerations to be taken into account and this short introduction provides a glimpse and not the full picture. It is necessary to gather all relevant data and then to proceed to the project in accordance with legal advice.
Energy Department

Pasargad Solar Projects Ltd, a German-Iranian Company, in collaboration with Kronos Solar Projects GmbH, international players in large-scale solar energies, announced today the launch of the construction of first phase of a new 100 MW solar power plant in Meybod.
‘According to Iran’s 6th five-year development plan, Iran has had the green-light and the target of generating over 5,000 MW of renewable energies with 20 years power purchase agreement and many other advantages, the 10 MW Solar Complex with an investment of $12 million is a part of our activities in Iran’s renewable energy market in line with attracting foreign investments,’ Amir Eslamnezhad, Managing director at Parsia Business Development Solutions which is a partner at the project said. The deal reached in the form of BOT will prepare the ground for the arrival of a capital to the tune of 4,000 billion rials to the province, Darvish-Amiri said.

Meanwhile managing director of the British company, Din Pradovich, told the same meeting that the firm has always been seeking to find new methods for recycling all types of waste and modernizing relevant technologies.

Under the project to be launched in Zanjan, waste will first be turned into fuels and then they will be transformed to electric energy, he said.

Provincial officials maintain that the project hosted by Zanjan is Iran’s first experience in the field of generating electric energy from waste. 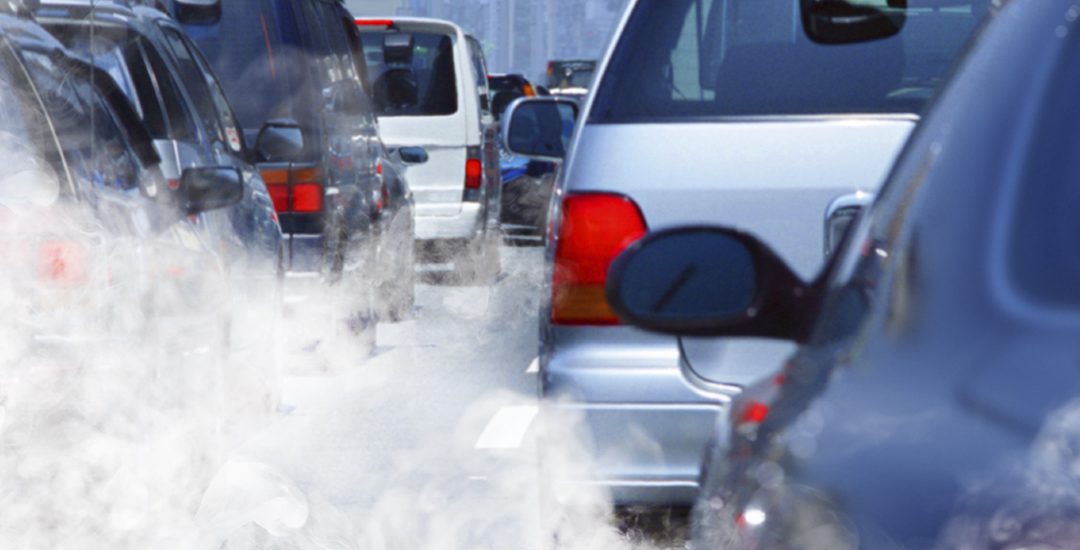